For the last 8 years I have been studying engagement, although it’s for less than two years that have I actually used the word engagement to describe what it was I was thinking about. (Back in 2009 I was calling it ‘the social method’.)

Part of the problem with describing it back then, and indeed describing it now, is that what I am trying to reach at is quite simply relationship. It’s something so obvious, so naturally part of our lives, that I wonder does it even need a framework to explain it? Do we need to be told how to interact or engage with each other?

But then again, Simon Sinek’s profoundly influential rendering of the golden circle in his sublime three word phrase ‘start with why’ is something so obvious, yet so un-obvious until you realise how obvious it is!

Thus, I have been searching for quite sometime for a way to explain engagement — primarily to those who ask what it is that I do — but also for my own sense of understanding and even sanity (!)

I wanted to find a way to unite what I see as the four fields of engagement, as well as understanding that with engagement we are talking about relationships not just between people, but between people and objects, whether they be brands, ideas, film plots, lyrics, etc. 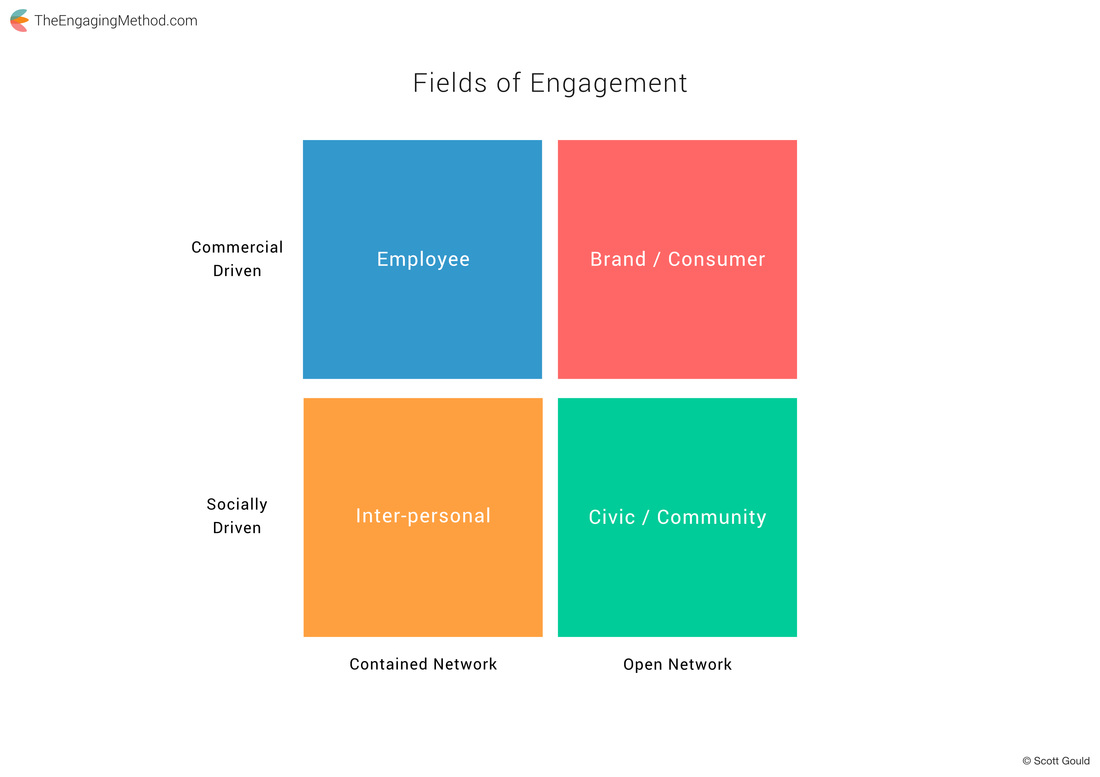 Thus, after much thinking and thought experiments (as to be honest, I’ve not sense checked this with anyone else, yet), I offer my attempt at a definition of engagement:

Engagement is the making of relational bonds between at least two parties or objects, and the maximising of those bonds.

To briefly explain: engagement is about making a bond (a strong connection, not a weak one) between two things (normally two people, or a person and an idea, film, etc).

I’ve also got a stab at the nascent Engagement Economy as well:

The engagement economy is the exchange of meaning through relational bonds between parties or objects, and the means with which to realise meaningfulness.

Yeah, that’s pretty wordy. But what I’m getting at is that engagement provides meaning (what you bond over), and the means (utility, platform) to turn abstract meaning into personal meaningfulness.

Your thoughts and comments are much desired…

The Five SPURS of Engagement