The Engage-Vent is like a funnel, the V on your keyboard (think V for Vent!). It’s also a pun that I just couldn’t resist: engage-ment and engage-vent sound rather alike, or at least I think so! Just like a funnel or a vent, this model is a flow of relationship activity. Plus, it allows me to ‘give vent’ to my frustration that a click isn’t engagement, damnit! 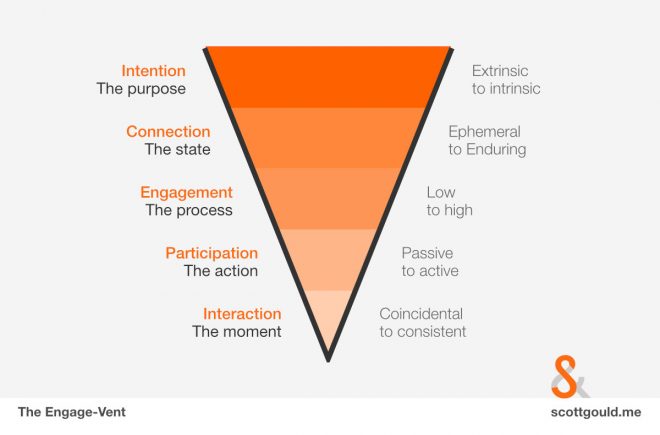 This model breaks down relationship into five units, from the smallest to the largest, providing an auditing tool for the direction and application of any engagement:

On the right is what the unit needs to go from and to, i.e. from coincidental interaction to consistent interaction.

Engagement as a word means to interlock. Its etymology dates from the 14th century and the old French gage, which was a thing that was symbolically through down by a medieval knight to signify that they accept a challenge to fight.

Engagement is often likened to relationship, connection, interaction, and participation, but each one has a different nuance on the scale of generally and specificity:

I’ve put this hierarchy into the below model to visualise the hierarchy:

The benefit of defining terms with this level of specificity is that we can now plan engagement more effectively:
To make a bond or long lasting connection, we need to go about engaging the subject.
Engagement is the interlocking. With what shall we interlock with our intended subject? Is this over a shared interest or perhaps a common problem?
To create engagement there must be an opportunity to participate, to give and take. Will this be initially a text or Facebook message, or perhaps an advert that invites people to comment?
Participation requires an interaction that is a specific moment in time. An interaction means creating something that brings two people together: so let’s now put out our piece of content, our survey, our hand to shake someone else’s, etc.

You will no doubt see that we can attach metrics to these, and thus have already begun the work of measuring and monitoring our engagement. This also helps us with strategy and tactics: engagement is the realm of strategy, whereas interaction is the place of tactical implementation,. 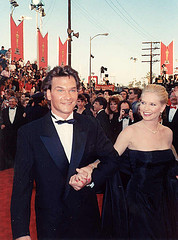 What The World Needs 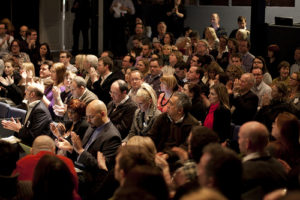 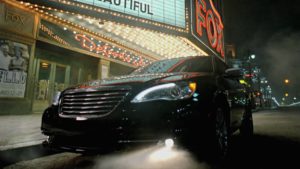