Yesterday was great fun. My post attracted plenty of heated debate and controversy, as well as some great discussion.

But what stood out to me was the criticism directed directly at me, because in my post I was confronting behaviour on Twitter that I used to partake of myself. So let the confession begin: I have retweeted myself multiple times in day. I have spent all day on Twitter. I have created noise in an attempt to cut through the noise. And I have followed over a thousand people in the attempt to get more followers.

The point is, as everyone will recognise, doing things wrong is part of learning to do them right. Take my doodle on the left. Moving towards the destination isn’t a straight line. It is one of going off track less and less, learning each time you curve away how to recognise it sooner and get back on track quicker. It is about staying balanced in your motivation.

That’s why as a husband, a blogger, a marketer, a friend, a pastor, a business man, as I was as a child, as I am as man, and one day will be as a father, I am:

A work in progress.

Is this a cop out? No. Being a work in progress isn’t license to do what you want without consequences, nor is it an escape to avoid responsibility. What it means is as you press as hard as you can towards the goal, take responsibility as man (or woman), and carry the consequence – as you do these – you know that there is room for growth, and you give yourself this room. It also means that you don’t take yourself too seriously.

Integrity is being who you say you are. I have been outspoken about clarity and action, and now about noise. I’ve made my commitment to you as part of this community. I’ve already said I’m winging it. Now I’m telling you I’m a work in progress too. Are you? 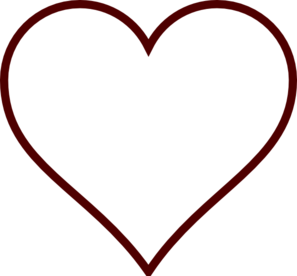 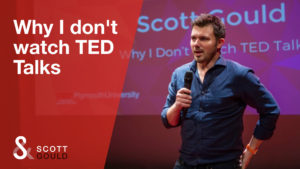 Why I Don’t Watch TED Talks 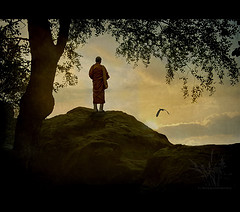 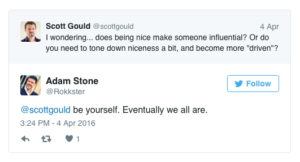