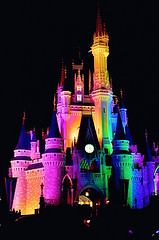 Over the last week, there’s been some great discussion from our community on the post “Are you a King or a King-Maker?” First of all – thank you. The depth of discussion has been exceptional and a very clear display of people who are all committed to being king-makers.

This post is in response to the comments and discussion, and presenting just a small truth that I learnt myself earlier this year.

To get you up to speed

The point we were making is that some people are kings and some people are king-makers. King makers are those who see the potential in people and work to make them the kings that they can be. In an age (particularly on Twitter) where everyone wants to be the king of their own personal brand, their own community and blog, complete with product and their own affiliate program, king-makers are increasingly rare.

Being a king and a king-maker are also not mutually exclusive – but the best kings are those who were king-makers first, and indeed continue to be so.

The liberation of it all

In the comments on the post, Randy Dunning said something that really humbled me and opened my eyes when he said:

Posts like this are very liberating in that they give people permission to do what is right.

Common thinking – even in relation to social media – is along the lines of “How can I leverage this to further my kingdom.”

I think he’s quite right. As I said above, there is this strong push for everyone to be a king of their own kingdom (no matter how small it is), and in turn, every social connection they have is seen as leverage to the advancement of said kingdom. This is what I’m probably going to call the Digital King Complex, because it’s what we are seeing everywhere. There is an immense pressure from every side, with bloggers telling other bloggers that they have to get a brand, get their product, get their affiliate program, get their feeds, and so on.

The liberation comes when, as Randy says in a later comment;

General thinking is that the ultimate goal is to be king of something. But if you’re not wired up to be a king, that can be a tough, lonely place to be. And if you’re not designed to be a king, yet are striving to be, you’re climbing the wrong ladder. Been there, done that.

No question that the synergies teamwork produces yield the grandest results.

Every leader worth their salt understands that there is no such thing as a team of kings. A kingdom is made of up a king (the Number 1), and a range of advisors, counsellors, senators, etc (the Number 2s).

Number 1s are the visionary, top of the ladder people. We often associate them with the big names. They are driven, vision-lead, in front, trail blazing people that draw the crowds. Number 2s are the less glamourous, behind the scenes aides that make the Number 1s words a reality. Typically, we consider Number 1s to be the leaders, and then that’s it. This is where this pressure for everyone to be king comes from.

Heres the thing with the Number 1s and Number 2s – they are all leaders. The Number 1 might be the leader, but any Number 2 is still a leader, and the leader of the area that they oversee. This is 360° leadership – something I’m keen to talk about in the future – and is the idea that we should lead sideways, up and down.