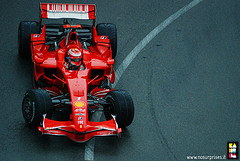 Every wondered how you know an advert is for a product without seeing the logo or the product?

One of the hot new trends in marketing circles at the moment is neuromarketing. It’s the science of marketing in the sense that it measures people’s brain activity when they are looking and engaging with marketing messages, and thus seeks to deliver a quanitfiable answer to questions like “does engaging senses make a difference?”, “are logos effective?”, and “do anti smoking signs make people stop smoking?”

The leading book on this right now is Buyology, by Martin Lindstrom, which is a very well written journey through Lindstrom’s vibrant mind that debunks traditional marketing methods.

Of course those of us who are part of the social revolution know that traditional marketing is becoming more and more ineffective, but this book not only says in a way that your boss will listen, but goes one step prover and scientifically proves it (to a degree – the samples are small.)

Over the next weeks I want to look at three or four of the main learnings that I drew from this book, along with adding the others things that I’ve been thinking about at the moment that extend his ideas further.

Each one is a lesson in how marketing, and indeed communication, has changed – or rather, has always stayed the same and only now have we realised how wrong our methods have been.

So without further ado, lesson one.

The Logo is Broken: how Association is the new Branding

Something I’ve been saying more and more to our sponsors for Like Minds is that I want to embed them into the narrative of our events. I’ve always known that banners on stage or logos on a website were not just cringy, they were ineffective, and instinctively I’ve always tried to make our sponsors the same companies that provide us with something that is used in the very fabric of the event. Starbucks provide our coffee, Ooyala provide our video platform, Optix provided a social media survey, etc.

According to Lindstrom, my approach is actually correct with the science of association. In fact he goes as far as to say that the association of a product, like the shape of a Coca-Cola bottle of the red of the Coca-Cola brand, neither with the logo in sight, is more powerful than seeing the logo. What Lindstrom did was wire people up to his MRI machine and scan their brain activity whilst showing them various images, videos and sounds. More brain activity meant more success, less meant failure. So this is what he found:

His conclusion is that our minds are so bombarded with logos all day that when we see a logo or know something is an advertisement, our guards go up automatically.

The marketer’s response, he says, must be to then strengthen the associations that we have with our brands. He calls brands that have very powerful associations smashable brands, as you could smash the brand into tiny pieces, pick up one of the those tiny pieces, and still know that it was the brand.

So in the case of Coca-Cola, if you smash a Coca-Cola bottle, you still know it’s Coca-Cola. Likewise you can tell a Mac OS X icon apart from a Windows one. Or take the image of the Ferrari at the top of this page – or is it? We think it’s a Ferrari becuase it’s bright red, but it might not be. That red on a car is so associated with Ferrari that we think it is. And also when I look at it I also think

The conclusion that I draw from all of this is that I need to far more aware of all the elements that either people already associate with my brands, and also what I want to associate. I think that whilst I’m keen on design and love branding, I actually haven’t been thinking enough about association.

I’d say most people take association as far as a logo, a font and a colour. We should be thinking about associating much, much more.

A critical part of this is knowing what to associate with. A association has the potential to harm our brand if it doesn’t have positive connotations and reinforce the values of our brand.

I’ve chucked out a few thoughts here and certainly haven’t followed the thought line for long, because I think we need to discuss it here.