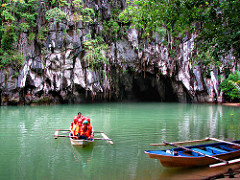 My friend Chris Brogan wrote a thinking peice last month on “Amazon and the Kindle Conspiracy” that many overlooked but I think warrants a deeper leadership discussion.

Chris discusses how Amazon went from book distributor to pretty much anything distributor, and how he suggests that the Kindle could do the same thing. He talks about how the Kindle also isn’t just a phyiscal device. You can have the Kindle on your iPhone, iPad, desktop, etc. It’s a distribution platform that lives on other platforms, something we talked about recently with Your Business, Ubiquitous.

That’s a big discussion there. Then Chris goes deeper into what is my favourite part of the post:

Don’t look at the device. Don’t fret about the device. Think of it as yet another way to gain ground in distribution. Keep your eyes on this, and also think about how this impacts your business. Think further on whether there are ways you could do distribution differently (better, partnered) and what that would give you.

This immediately makes me think of ecosystems. Consider Apple’s App Store and iTunes ecosystem. The devices that they can plug into this are potentially numerous, and as Chris suggests, it’s not really about the device – it’s the distribution of the ecosystem.

The way I see it, ecosystems are about flow of the river, the devices are the boat, and the person is the person. A good ecosystem means that a number of different boats can be on it in order to get people where they need to be. iTunes and the App Store is an ecosystem that allows many boats – the innovator boats, the late majority boats, the home boats, the work boats, etc.

I’m now seeing what were boats now become ecosystems in their own right. Consider Evernote, which is the handy note tool that remembers everything. Evernote created an API, and now with Evernote Trunk, serves as an ecosystem to boats that now ride upon it.

Facebook is an ecosystem, and so is Twitter. They are rivers that boats can flow on. Applications can be built for them. Communities live on them. You get the idea.

Riding on The Wave

The other option is to be the one building ecosystems – buliding the distribution channels that others can use. I’d be careful here. I’d only build an ecosystem where one doesn’t already exist.

That’s what we’re doing with Like Minds. I’ve noticed that the communities which are the most useful are the ones that become an ecosystem for others to sail on. The community and the events attached to it become enablers for the lives of others.

But the trick here is that we have to do it in a unique way – one of which being the Like Minds Club, something that I don’t know of any other event / community doing. The aim of the working club is to be an enabler for others to ride their  boats along – whatever business, endeavour, need, etc, they might have.

I would say therefore, if was trying to define an ecosystem in a digital way, I’d say they are a platform that enable third parties and users to build and live from in a way that enhances their productivity through synergy with other users and shared benefits.

As a leading and thinking person, your input here is valued and adds to the discussion and to this blog. Focus in on ecosystems right now, and use these points to help the discussion: