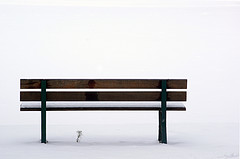 Have you ever made the mistake of making something too complex?

I remember when I was about 12 years old at school and we did a project called “Make a Million.” The idea was the children had to team up in pairs and then run a project that, during break times, would create revenue. Looking back, it was a great way for the school to instill some business and entrepreneurial skills into us as kids.

However, my project didn’t go down so well. Whereas some teams sold posters of clipart that they printed from their computer, or sold a set of 5 penalty kicks, or charm bracelets that they had made, my business partner and I decided to make a complex game which was a mix of snakes and ladders fused with monopoly. Suffice to say that when break time came, we normally sold one run on the game as it took the whole break to play it. But even then, people were reluctant to play because it was, well, just so complex! It was easy to buy a poster or kick a ball, but this was just too much.

Thus it was here that I learnt my first business lesson. Keep it quick, simple, and scaleable. I’d like to tell you that I learnt my lesson there and then, but my perfectionist mindset has struggled with this one for a long time as I have often defaulted back to building the perfect system as opposed to a profitable one, or even a useable one!

The simple one wins. Ask Dropbox.

I read a similar, more grown up version of the same story on Quora. Isaac Hall, co-founder of Syncplicity discusses why Dropbox is more popular than other tools that have similar and often better functionality. What he boiled it down to was simplicity. It just works. No tweaking necessary. (You can read his answer here, just click on “change log” to see his full response.) The most pertinent part of it was this:

In the end, it really came down to one incredibly genius idea: Dropbox limited its feature set on purpose. It had one folder and that folder always synced without any issues — it was magic. Syncplicity could sync every folder on your computer until you hit our quota. (Unfortunately, that feature was used to synchronize C:Windows for dozens of users — doh!) Our company had too many features and this created confusion amongst our customer base. This in turn led to enough customer support issues that we couldn’t innovate on the product, we were too busy fixing things.

After I left Syncplicity, I ran into the CEO of Dropbox and asked him my burning question: “Why don’t you support multi-folder synchronization?” His answer was classic Dropbox. They built multi-folder support early on and did limited beta testing with it, but they couldn’t get the UI right. It confused people and created too many questions. It was too hard for the average consumer to setup. So it got shelved.

I like this – Dropbox could have multiple folders, but they don’t, because people just don’t get it.

Making things simple is about making sure people get it. It’s realising that too many options paralyzes people (which one should I do?), that asking for settings scares people (what if I get it wrong?), that an unclear benefit deters people (why spend my time on this?)

My friend Darren Smith is an expert in user design and experience and he tells me that when it comes to design there is a general rule to ensure that no matter how advanced a design gets its core remains simple, ensuring that any further levels of complexity advance the feature set without compromising the simplicity of the core.

This useful point helps us with something that Brian Driggs and I have been discussing on the subject of making meaning and also writing SMART email. When it comes to building a platform for people to live their lives on, it needs to be simple with optional further levels of complexity. As to how that looks, I’m not sure – but I’m up for discussing it.

5 ways to keep it simple

So what are the main lessons here? My main points, in contrast to my failures with my efforts to make a million at school, would be:

So those are my 5 lessons. Now over to you: