If you don’t know, in exactly one week I will be running the inaugural Like Minds conference, on the subject of ‘measuring social media.’ I’m going to skip over the back story (which you can read here), and instead get to the point: Like Minds is an example of uniting people around a platform. And I’m going to show you some of the concepts I’ve employed in doing so.

In 2003 I started an initiative in our church for young people called Feedback. In just under two years we went from nothing to 1,000 young people attending our events every month. Of course, what I didn’t say was that the first year was a failure in terms of numbers – bouncing around the 30 people mark for 11 months. It wasn’t until we ran a Hip Hop event that we broke through 100 people. What changed? We found something that people cared about, and we just provided the platform. In this case, we provided a hip hop competition, some DJing, and let the youth come. Up until then, it had just been a nice evening, but there was nothing compelling or spreadable about it.

The following months, we let bands from high school and college play at our events, and not only did the bands unite around the platform we provided, but the bands brought all their fans too. We found something that young people united around, and we just provided the platform. Over time, we nurtured the bands and helped a handful of them get signed to labels and go onto greater things. Seth Godin talks about this – this idea of platform – but in a stunning act of triumph, I can brag that I discovered this truth before he blogged about it. Go, me.

The other lesson I learnt from Feedback was to allow people to take ownership. Every Friday, we had 40 young people who came to help build the event, plan it, and do the work for it – and believe me, it was serious work. Because they were building Feedback, the brand became far more compelling and spread to their friends and family. When it came to our monthly event, it was these 40 who set the tone in the building. And that’s another important thing. When you have people uniting on the platform you have built, it is easy for the message to become skewed, so you must set the tone.

Over the years since then, I’ve learnt a lot about building communities – not from studying them, but from actually building them. I have built up tribes of young people, tribes of men and women, media groups and student groups – and even to this day I nurture an ever growing group of interns at Aaron+Gould (including the current office star, @tuckshot  ), where forward thinking individuals unite around the idea of growth, change and fresh thinking.

From my experience I have found that you must discover what unites people, and then provide the platform for them to do it. Seth, on the front cover of his book ‘Tribes‘, wrote “we need you to lead us.” It’s true. There are large groups of people who want to unite around a platform, but don’t have someone to impart vision, provide direction, and guide with conviction.

Let’s drop the nostalgia, head back to 2009, and we’ll find that Like Minds is the same model. Finding what people want to unite around – collaboration, innovation – and providing a platform.

What this takes perhaps more than anything else is leadership. But don’t quote me on that, I’m still finding out. 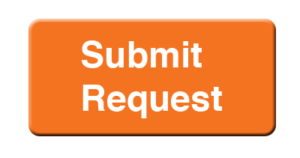 The Value of a Value Approach 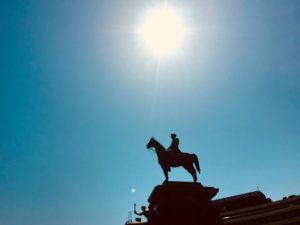 The Three Skills of a Leader

The Pyramid of Expectation