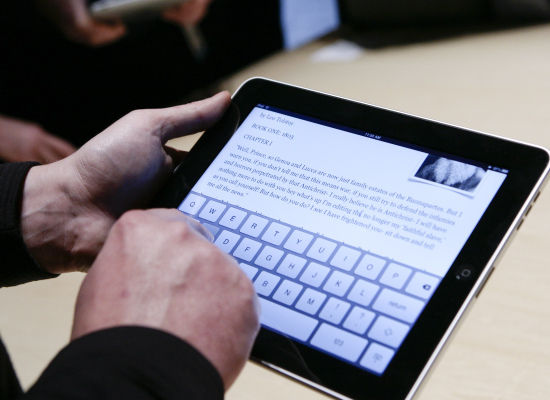 We all know that Apple’s marketing and buzz machine is one of the best in the world. So when the iPad was announced, there was every expectation that there’d be the same buzz as always: some people love it, some people hate it, but for sure, everyone is talking about it.

There’s only one problem with Apple’s model, and it’s an issue of anticipation and expectation. Namely, it is this:

Apple do such a good job of hyping and showing the new thing off, that when I get my hands on the new thing, nothing is new anymore.

You know what I mean here. I remember touching the iPhone for the first time, and as cool as it was, the demonstrations on the website had done such a good job of showing the device to me, that physically holding it had little new about it.

The Power Of New

I always say that the two most powerful things in products and the marketing of them are newness and usefulness, and the most powerful of these is new. If something is new (and marketed powerfully as new), then it can even surpass it’s own weaker usefulness. This is the story of the iPad itself. While many doubt its utility, everyone is certainly swept up in it’s newness.

The whole Social Media world is based on the power of new. If you link to your blog post, it may get retweeted. But if you announce it as a “New Blog Post”, you’ll get a lot more attention. Massive sites like TechCrunch and Mashable all function on the pulling power of new. Everyday millions of bits of information are shared on Twitter and Facebook – most of it, new. Of course this new is really nothing new in itself – it’s what journalists have known for years – hence the pressure to always break a story first, because people don’t buy old news.

Getting back to Apple, as I described above when I first held the iPhone, the problem for me was that although the device was new, when it came to holding the device, there was no longer anything new about it. This is what I expected from the iPad – for people to finally hold the thing, but have nothing new to report or review.

But this time, Apple created newness on another level by delivering surprises that no one knew about. This article from Gizmodo, “10 Essential iPad Tips and Tricks” reveals 11 new things that you can do that people didn’t know before. This is smart, because when people are now reviewing and talking about the iPad, rather than just discussing it’s usefulness (which people are debating), there is something new to discuss – the new features! And what we know about the Social Media hype machine is that it loves new.

The reason why I’m excited about this is because back in January I wrote about Apple needing to employ this new level of new in their whole buzz experience. You can read it here. The main point I brought out was a framework to explain how Apple uses suspense to market their products, which I call the Pyramid of Expectation: 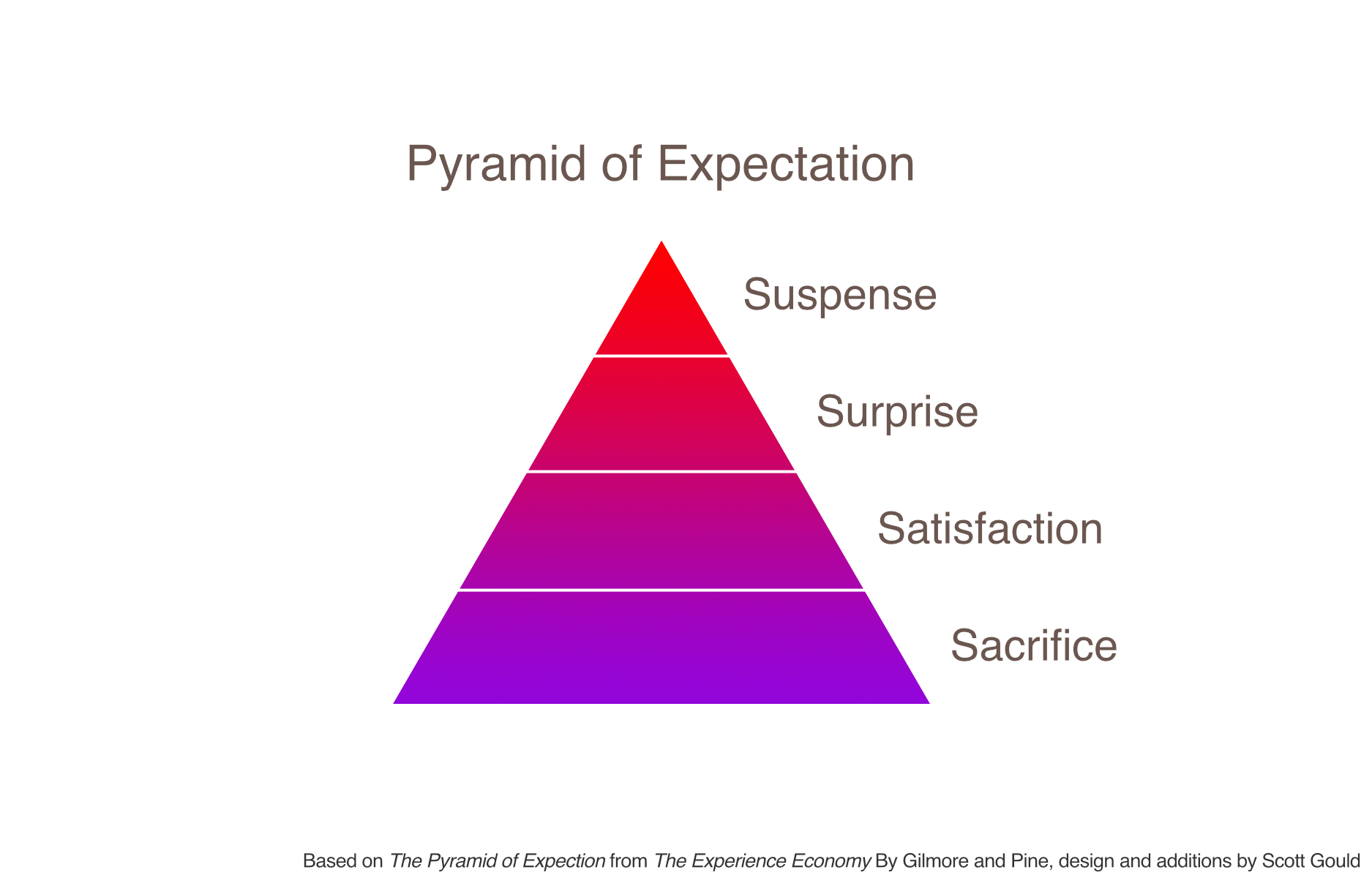 In this model (based on Pine and Gilmore’s in The Experience Economy – affiliate link), we see four levels of experience that the customer can have based on the level of their expectation.

When a consumer has an expectation, it is like a promise that the brand has made with them. The promise says that “we will deliver what you expect”, and this expectation is built on a range of things, from marketing to trusted referrals. Of course the idea is that the brand manages these expectations as best they can – but you can read more about that here.

Quite simply, according to this model,

Therefore, to create new, one needs to look at this model and ask themselves where their customers expectations are? In the case of the iPad, most people are in suspense mode. They are having the buzz experience of anticipating the launch – but traditionally, when they get their hands on the product they go down into satisfaction mode – their expectations were met.

What Apple did this time was rather than letting them drop into satisfaction, they instead delivered a surprise – something new that they were not expecting – and therefore exceeding expectations.

Lisa Barone wrote a great peice for Duct Tape Marketing in March this year on “How to use Surprise to Generate Word of Mouth“. In it she lists the following axioms to create surprise:

By just using these, you can immediately find simple and effective ways to add that element of new into what you do.

Your Experience of New

Experience happens in the senses of the beholder, and what one experiences as new and useful, another may not. Of course, correct profiling can generate target audiences, but still, with each person having different dominate senses and motivatiors within a target audience that is based on sociological information, there is a need for marketing and products to be both multi-touch and multi-sense.

Thanks for reading – and I look forward to talking with you.
Scott