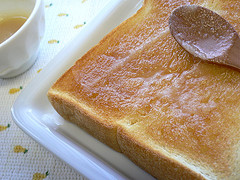 Want to learn why if you content doesn’t spread it’s dead, and how to make it spread? Read on.

You’ve heard me bang on before about spreadability vs reach. I arrogantly thought that I had come up with the concept, but I found out in the middle of last year that Henry Jenkins and Sam Ford had been using the phrase far longer than I had.

One of the things that Henry wrote about in 2009 that I was re-reading recently was the notion that If it Doesn’t Spread, it’s Dead. I’d advise you take 10 minutes today to read the article. Sam on the other hand has been writing about the difference between sticky media and spreadable media. You can see some of his slides on the subject in this presentation.

Spread me or I’ll die

Certainly Henry and Sam’s thinking is high level but what they are both saying when it comes down to the basics is that if whatever you produce isn’t spreadable, it is dead. You might succeed in getting something to stick with one person, but if they don’t spread it… well.. it’s dead.

I can see a few levels of spreadability here, crossing both offline and online:

So if we took a typical peice of digital content:

I would say that each level trumps the level below – so whilst many people adorn their sites with share buttons, you can still see that they’ve only had 5 retweets of a particular blog post. Clearly the content wasn’t  compelling, and thus despite having those share buttons, it didn’t spread and now it’s dead.

Of course, I have hundreds of these blog posts, particularly the last 6 months, that just haven’t been shared because the content was not compelling enough.

Seth Godin in Purple Cow praises Hotmail’s use of the inbuilt email signature that was at the bottom of every Hotmail email account inviting others to sign up. They certainly hit level 4 and got millions upon millions of signups because of it. But this was only because the content itself – the email – was compelling and personal in the first place. I can imagine far fewer email accounts would’ve been created of the back of a SPAM email message – which is what people perceive Hotmail to have become.

Your thoughts as a leader are valuable and the driving force of this blog.