Have you ever wondered how on earth moving your mouse makes a little pointer move across your screen? I actually don’t know, but I do know that the mouse, and the idea of a Graphical User Interface (GUI) were both controversial and criticised whilst they were being developed. Why? They changed the way things were in the name of moving towards something better, and both helped make computers accessible to the masses. In other words, they valued innovation over tradition.

Sometimes it’s easy for us to get lost in the hype of technology, especially in an age where talking about technology is made easier by the very technology we are talking about – it creates a perfect circular, the most pertinent example today being “I’m using social media to tell you how great social media is.” But as thinkers, we need to be able to step back from the buzz and think about the bigger picture – otherwise we run the risk of becoming clones and drones.

You know what I mean by clones and drones. The countless score of self-proclaimed ‘experts’ and ‘consultants’ out there, creating more noise than a batch of early 90′s servers. I’ll be honest with you – when I started out, I was one of these. I bought the myth of the digital personal brand and was trying to ‘create product’ to ‘ship’ to those who read my blog. I was using Twitter to ‘influence’ and ‘network’ in order to get exposure and sell my product, because someone else had done it successfully and now I was buying their 10 steps to do it myself.

This copycat behaviour has created a flocking effect that has widened the gap between those who are what I call ‘digitall’ and those I call ‘digicool’ – something some aliens once noted about us. The digitall are those who use tech for ‘all’ – their iPhones and iPads are filled with apps, their blogs overflowing with widgets (well, hey, they actually have blogs), they check Twitter infinitely more than they do Facebook, and they know what Augmented Reality is. The digicool, on the other hand, are those who use technology solely based on how ‘cool’ it is – like my wife who has an iPhone because it’s cool, is on Facebook because it’s cool, but doesn’t use Twitter because, unfortunately, it isn’t cool.

At the head of the digitall are the digeratti – the princely likes of Scoble, Rubel, Gray and the rest, who akin to the developers of the mouse, are challenging us to think in new and innovative ways. In actual fact, Scoble et al are just the ones telling us about the innovations – like the early days of Techcrunch where every Web 2.0 site was listed and reviewed. These technologies have changed the way the internet works – Wikipedia, Skype, Facebook, eBay, WordPress, Google – and in doing so, they have changed tradition.

The thing is, it isn’t the digitall that helped change tradition. It was the masses of digicools – the general population, if you will – that helped Facebook spread, realised the worth of Wikiepedia, and used Google because they couldn’t remember URLs (unlike the digitalls, who did). And here lies the decision for us all: are we going to talk about innovation and tradition, or be the ones who actually help put innovation over tradition?

The former only requires us to tweet, like, comment, retweet, blog. The second requires us to think. To think how we can take the wonderful innovations that are being used by a comparative handful of digitalls, and present them in an easy to understand way the digicools.

As far as I’m concerned, that’s the gap that needs filling, and the hands that fill it will not go unrecognised. 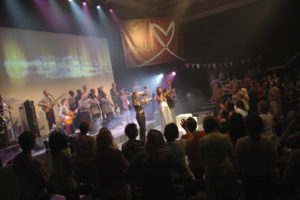 Life: It’s the Experience That Counts 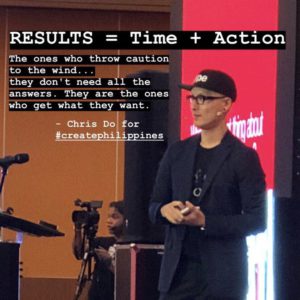 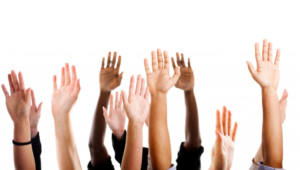 Not A Presentation, A Participation!