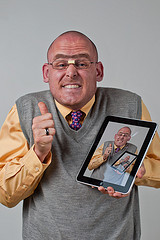 I was having lunch with someone the other day who was asking about becoming an Active Authority – someone who uses social media to actively engage people in a particular subject by demonstrating their expertise and authority in said subject.

Think Olivier Blanchard. When Olivier talks about brand management and social media management, people stop talking and listen. When he’s finished talking, people start repeating adapting what he’e said. Why? Because he’s the authority on it.

Now I wrote sometime ago on 5 ways to use Twitter as an Active Authority, but a comment on Wednesday made me see this in a new light, and I’d like to open up the discussion.

On the discussion about the myth of the personal brand, Codi Spodnik commented:

I am re-entering this space after a 5 – 6 year stint as a stay-at-home-mom in a small metro area. I do want to start my own consultancy, sharing the experience I gained before motherhood, helping clients find the right fit for executing their products, helping them articulate their needs and strategize solutions….. still working on the details.

But I have found this space to be cluttered with this talk of “personal branding.” To me, it has the appearance of a cult of Self. After perusing my local “experts” and similar consultants all over the web, I am finding the same talk and catch phrases, regardless of their level of actual experience or competence. I was really struggling with finding a way to create my own genuine identity without engaging in this practice or having that appearance.

I totally feel where Codi is coming from, and so I wanted to get your feedback for her so that she can glean insights from the wealth.

What I want to know is this: If you had to start again, what would you do?

I know what I’d do: I’d create content on a focussed subject that provides people with very clear and practical takeaways, and then engage with anyone who interacted with me or the content at any level, and do my best to help them make the content work for them.