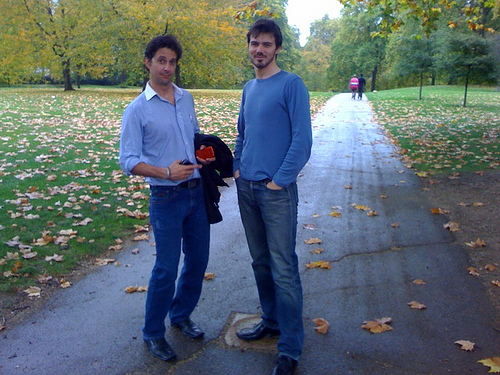 Yesterday I was with a prospective client that my company would provide Social Media consulting and management for. What I kept repeating to them every time they asked questions such as “What’s an RT?”, “What’s LinkedIn?” and “Should we do a podcast?”, was that we shouldn’t get caught up in the tools and tactics – we needed to talk strategy.

Tactics and strategies are not the same thing. A tactic is a method employed to achieve an outcome. A strategy is planning a series of desired outcomes and instigating a series of tactics to achieve them, in order to fulfil objectives. If you compare to sport, tactics are the methods used in a game. Strategy is the whole game plan.

What I therefore found myself saying to the prospective client, taking this thought further, that just because they could use a certain tactic didn’t mean that they should use said tactic.

That’s pretty obvious. But today I realised again how profound it is. Creating and carrying out a successful Social Media strategy is not about using every social network that you could use, every content type and channel you could use, and speaking to every person on Twitter that you could speak to you. I think that creating and carrying out a successful strategy is conversely about knowing what you should do, and what you shouldn’t do:

I once heard someone say that elegance is restraint. Well, in our over saturated, content drowning world, I’d say strategy is also largely about restraint. Nothing ground breaking. But if you’ve lost sight of it, it’s a helpful reminder.

As for the photo of Olivier Blanchard and I, it’s another reminder that this lesson also works in reverse. Just because you probably shouldn’t fly two guys over the Atlantic on nothing but an idea, doesn’t mean you couldn’t. Or can’t. Or shouldn’t. You know what I mean.

P.S. If you are getting bored of Trey and Olivier photos on here, then hurry up and book your flight for Like Minds 2010 on Friday Feb 26th already, will ya?