Recently I’ve been consulting with key leaders who are now using Twitter to extend their network, and I’ve been getting down to what are the key, daily tactics to run the Active Authority presence.

What is an Active Authority?

In my presentation on the 6 Social Media Presences, I discuss 6 different presence types that can be used by companies, brands, charities and individuals to provide 6 different forms of usefulness to their community.

If I look at your Twitter page, I have to see something about your expertise above the fold, otherwise I’m not going to make the connection. There are people who have incredible skills on Twitter but you’d never know because 1] they don’t talk about it, and 2] when you follow them, you can’t see it.

2 – The last thing they say is their expertise

When going off Twitter for a period longer than a few hours, the best Active Authorities leave a note about their expertise. Why? Because while you’re sleeping, people are checking. I personally check the last 5 or 6 tweets when I view someone in Tweetie – other client have even less – which means you’ve got to communicate everything you can be to me in 5 tweets… or less.

3 – Most of their Tweets are replies

If you don’t have the majority of Tweets on your Twitter page as replies then I understand right away that you are a broadcaster and not an engager. So I won’t follow you. The best Active Authorities are all about people, and they demonstrate this through talking with people. Not rocket science.

It’s important to also separate this from the mantra of “you should be engaging” because I see people replying to people all day but it’s just trash and they are doing it as some tactic to gain more followers. Wake up! The reason why we engage is because it is all about people. They are the reason we are here.

Hubspot surveyed 9 million Twitter profiles to show that those accounts with a profile photos average 10 times more followers than those without. But the Active Authority takes this further by regularly posting photos and videos of themselves so that people can hear their voice, see their passion and form of presenting, and get to know the 67% of non-verbal communication that goes along in videos.

You can’t imagine the effect that this has when it comes to people initiating a working relationship with you, because it means when they do, they already know you. I had this when I met Chris Brogan at Like Minds – I had seen him in so many videos and photos that he was exactly like I expected and I felt immediately at home with him – unlike the many people I meet who look nothing like their profile pictures…

This is fine if that’s what you want to use Twitter for, but an Active Authority has a very specific focus. Their tone is continually one of directing and being at the front of a subject, not at the back being directed by others.

This means they are the ones creating conversation about the topics they are an authority in. I’m surprised by how many actually don’t create conversation – it’s the whole point!

Try it, and let me know how it works

Take today to do these 5 things, and then report back with your findings. Let’s see if we can add to this list with more clear and simple tactics.

The 5 Innovations of the App Store 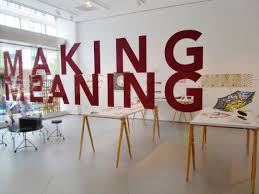 Your Brand: Is It Making Meaning? 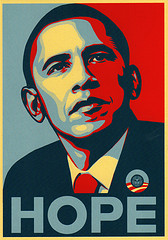 Are You Guiding or Governing?